Then You Happened got a brand new makeover! Want to know why? Because it is now book ONE in the Happened Series!

When Sierra’s father died, he left her in charge of the family business. At the age of twenty-eight, Sierra Adams became CEO of Adams Advertising & Design, one of the top ten advertising agencies in the world. Her work was her life. She lived and breathed it every day, leaving little time for play. Having once been in a relationship that completely destroyed her, Sierra vowed to use men for one thing only: SEX. No strings, no problems, and most importantly, no heartache.
Cameron Cole is an ordinary guy that makes a living as a carpenter. He’s a simple man who’s happy with life the way it is. He does a job he loves, has a great group of friends, and a close-knit family.
When Sierra hires Cameron to remodel her Hollywood Hills home, their happy little worlds are turned upside down. She likes the rich things in life and he likes the simple things. While there’s no denying the strong attraction between them, they form a hilarious friendship where sex is the only thing Sierra wants. Cameron can’t help but want more and makes it his mission to bring Sierra into his simple world and show her that there’s more to life than just all work and money.
Take Cameron and Sierra’s journey in this romantic comedy as they discover that when life hands you limes, you have no choice but to break out the tequila.
Available for purchase on Amazon, iBooks, BN & Kobo! 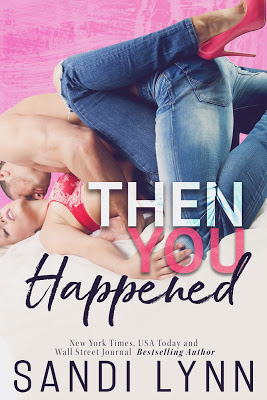