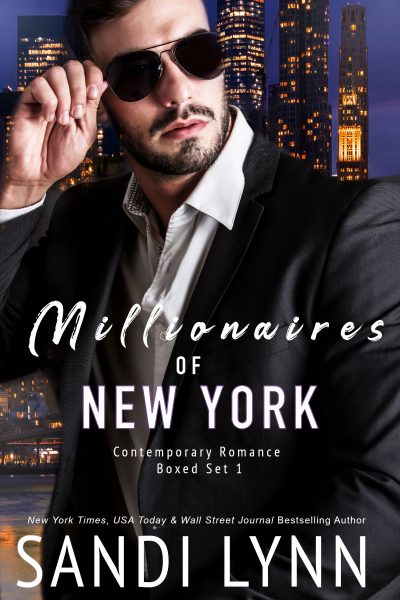 One Night In London

Have sex with a stranger in a foreign country. It was on my list. It was something I’d never done before and I wasn’t sure if I could go through with it. But I did.

Don’t tell him anything about yourself. No names. No personal information. Nothing. It’s all about the thrill. The mystery man. Keep him a stranger.

That one night was the best night of my entire life. He was sexy, intense, and made me feel things I had never felt before. The next morning, the thrill was over and he was gone before I woke up. What happened in London should have stayed in London, but it didn’t. I was never supposed to see him again, but the universe had other plans and now my happy little world was turned upside down by a man named Sebastian Bennett.

At the age of eight years old, I lost two things: my parents and something that most people take for granted. It was at that moment I began to experience the world differently from everyone else. I accepted my fate, living my life to the fullest and the best way I know how. Giving up on love was something I had to do because men couldn’t cope with my condition. Then I met him and he changed everything for me. A smart, sexy, and shattered man who hid in the shadows of his own tragedy. A man who kept the better part of himself concealed away from the world. I wanted to show him that life was more than how he saw it. My name is Aubrey Callahan and I am blind.

The moment I laid eyes on her, I wanted her. She was beautiful, uncomplicated, and one night was all I needed. People referred to me as “The Iceman” because I was controlling, ruthless, and didn’t give a damn about people’s feelings. I was a user and the only person I protected was myself. Then something happened after a single night with her. The feelings and nightmares that I buried years ago began to resurface. Even though I was a billionaire who could have anything in the world, I couldn’t stop the demons that lived inside me. Aubrey couldn’t see me for who I really was and she deserved better than me. My name is Ethan Klein and I am a destroyed man.

My name is Emma Knight and I’m a twenty-four-year-old woman who was moving from Miami to New York to pursue my dream of attending Parsons School of Design. My plan was set in motion. I was packed and already on my way when I met a man and received an email, both of which altered my plans and changed the course of my life.

Max Hamilton, a twenty-five-year-old, panty-melting, rich playboy who was being groomed to take over Hamilton Securities, told me it was for only three months. His proposed deal was that I had to pose as his fiancée until his twenty-sixth birthday so he could collect his trust fund. I’d help him and, in return, he’d help me achieve my dream. It was a win-win situation, right?

Love was never part of the deal and neither was the secret that Max could never find out about.

My name is Jack Sutton, CEO of Sutton Fashion Magazine and I have the world at my fingertips. A successful career, loads of money and beautiful women who were always at my beckoning call. My problem? I lived under the shadow of my mother who started the company over thirty years ago. Not to mention her being married and divorced six times, left a bad taste in my mouth as far as relationships were concerned.

“Women to me were nothing but mere toys. They were meant to be played with for my own personal pleasure and when I was done playing, they’d get tossed to the side.”

Then walked in Lorelei Flynn. She was beautiful, and so wrong for me. The problem? She was my personal assistant and she was closed off to say the least. Despite being the beautiful woman she was, I had an overwhelming need to find out what was underneath all that beauty. It was something I couldn’t explain. It was just something about Lorelei.

My name is Lorelei Flynn and I was Jack Sutton’s fifteenth personal assistant in a little over a year. My boyfriend was killed seven years ago in a car accident. Before he died, he gave me a gift: my daughter Hope. My life did nothing but revolve around her. I didn’t date and I hadn’t had sex in seven years. Then Jack Sutton came into my life and he was as sexy as sin but he was nothing but a womanizer and my boss. The line was there the day I took the job and it was one that couldn’t be crossed. Or shouldn’t be crossed. But it was crossed and now the only world I’d known was suddenly changing and it scared the hell out of me. 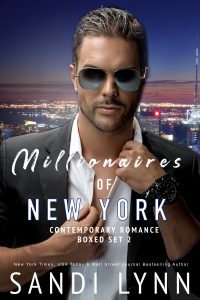